Graham: PCCS gave us back our life

You are here:
About PCCSCarersDisabilityNDIS

Graham didn’t hesitate at all when his dad needed help. A lot of help. And when Graham needed help himself, PCCS was there to guide him through the unchartered waters of a new disability.

He flew to New Zealand in December 2013 after his dad Tony was attacked and left in a coma for 90 days. He left behind his wife and two small children aged just two and four. Eventually, he had to quit his job too.

“Maybe it’s coming from an Asian background, but that is just what you do for family. It was no questions asked; I’m happy to do that,” says Graham, 37, of his new role as his dad’s carer.

The attack resulted in considerable brain damage, meaning Tony, 62, had to learn to walk and talk again. It added severely to his already diagnosed schizophrenia.

“Before [the attack] he was able to function. He could hold a job, buy a home and he had a family. He was just a normal person who had schizophrenia. But once he had his brain damage, he become quite disabled and now he can’t function properly; he can’t think logically making decisions, attend to his personal hygiene or basic day-to-day things,” explains Graham.

For years, Graham attended to his father’s needs all by himself. He moved his wife and two small children into his dad’s home as he couldn’t be left alone. It had a devastating impact on the family’s own financial situation with Graham unable to return to work in the IT industry.

“Obviously I couldn’t work based on how much I needed to help my dad with basically everything. He’s almost like a child in a sense, you can’t really leave him by himself.

“For two to three years he was just sitting at home. His entire life was get up, eat, watch tv.”

As a result, Graham was concerned about his dad’s quality of life.

“I didn’t really know what to do with him other than look after him and I think his quality of life was diminishing because before [the attack] he was very active. He liked to do renovations, he liked to go out and after the attack he just stayed at home. And I thought that’s not very good for a person.”

That meant Graham’s day was also spent sitting around his dad’s home.

He needed help too, but he didn’t know who to ask or where to get it from. Then he found PCCS and social worker Jingyi. It was the start of a massive change in both his and his dad’s lives. It was the end of endless days siting alone at home just watching his dad’s quality of life deteriorate.

“It took us nearly three years to go out and socialise a little bit. He went and started once a week to play some games,” says Graham, who was thrilled to finally get his dad out of the house.

Without PCCS, Graham would never have applied to the NDIS and received funding to make his life as a carer easier to handle, and to allow his dad opportunities to live his life again. 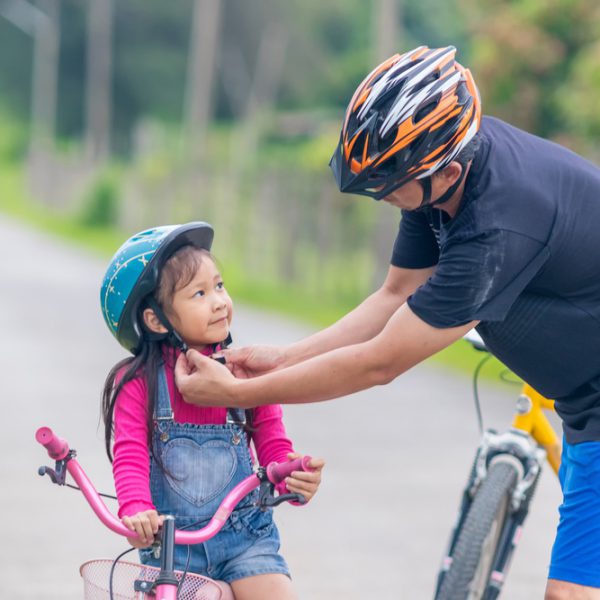 Graham now has time to spend with his kids as an NDIS plan provides help with the care of his father.

“Jingyi helped us get everything coordinated because I didn’t know what to do and I didn’t even know what the NDIS was. At the beginning I just heard that I could get some assistance to help me. I take him to therapists and doctors and they say that it [the caring role] is quite tough on me and I say, ‘Yes, it is and it’s difficult for us to go out as a family. If the kids want to go somewhere in the school holidays we can’t unless we take my dad.’”

So an NDIS plan has had an enormous benefit for the entire family – Tony is now enjoying more quality time in the community and Graham has some respite and time to spend with his kids. After receiving the plan, Jingyi also helped the family to find the right service providers to aid everyone.

Graham says he can’t thank PCCS enough for helping him get the support he needs for his dad. “We have a support worker that visits my Dad two-and-a-half hours three days a week. There’s another two days where they take him to the art group at PCCS and then he goes to the coffee group as well. Now he’s much more active.

“I can actually concentrate on kid stuff and do some other stuff that I need to do rather than just sitting there looking out for him 24/7.”

Jingyi continues to offer support to the family. Graham’s long-term goal is for enough support for his dad to allow him to return to work, knowing that Tony is well looked after without him.

Please complete the form below and one of our Team will reach out to you.